Dr. Alfred Tomatis’ research emerged from his astute clinical observations resulting in his method & technology of training children and adults with sound by systematically engaging the brain’s malleability (neuroplasticity). More recently, scientists such as Nina Kraus in the US concluded in 2013 that the brain of children with reading challenges or dyslexia have a less stable pattern in how their brain responds to and processes sound when compared with those who’s reading skills are age appropriate. Peter Schneider in Heidelberg, Germany has shown in 2016 using neuro-imaging how auditory processing is part of the presentation whether a child has been diagnosed with ADD, ADHD or Dyslexia: “The auditory cortex (AC) is very widely connected with different brain regions, including subcortical, prefrontal and parietal areas, where attentional and default networks are hosted. In view of the strong interdependence of such integrated networks (Scheich et al., 2011; Rodriguez-Fornells et al., 2012) it is not surprising that central auditory processing disorders (CAPD), i.e. difficulties in recognizing and interpreting acoustic patterns that arise from dysfunction in the central nervous system, are often associated with attention (Sergeant et al., 2003), language, and literacy (Dawes et al., 2009) problems.”  He also pointed out that brain-imaging and electrophysiological measures such as EEG could help to more accurately differentiate between these four clinical presentations. Both researchers: Kraus and Schneider have reported in multiple publications that musical training and musical education can help children and adults improve their sound processing abilities and therefore reduce the symptoms of ADD, ADHD, Dyslexia and Central Auditory Processing Disorder. 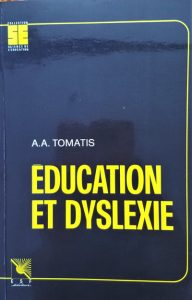 In 1972 Dr. Tomatis already provided in one of his 14 books titled: “Education et Dislexie” valuable clinical testimony about how his method helped children with dyslexia. However, further research with the scope to fully understand how sound stimulation works and which functions are entrained hold key implications for methodology, technology and intervention. These findings could help answer the most central questions: What conditions can we best treat? How can we develop the most effective programs specific for each individual’s needs?

While generalized programs for a specific condition could bring some results the most efficacious programs will be individualized based upon in-depth assessments and comprehension of how sound-stimulation affects brain, behavior and learning. Finally, the clinical background of the practitioner including his or her ability to form a therapeutic alliance with the individual – and if a child with the family-  will be integral part of the success of the intervention.

Jan Gerritsen, Ph.D. summarized the first 35 publications about the impact of the Tomatis Method of sound stimulation on a variety of conditions related to learning: Learning Disabilities, Auditory Processing, Dyslexia. Enclosed are also studies focusing on the efficaciousness of Dr. Tomatis’ approach on severe developmental delays and Autistic Disorder. Finally, studies on voice, psychological disorders and stuttering are also part of this summary. Tomatis’ own study on pregnancy and labor time reduction is included.

Amadeus Hartwig, M.D., Ph.D. and Liliana Sacarin published a study on children 6-10 of age (n=90) who were diagnosed by the developmental pediatrician with sensory-motor development delays. A battery of tests including:  intelligence, auditory/visually processing, and motor tests were used. Although 54 of these children had an IQ in the Average range or higher, 44 of children in this subgroup performed below Average in either auditory processing (n=18),  visual processing (n=10) or both: auditory and visual processing domains (n=16). Therefore, this suggested that 81% of the children who had an IQ in the Average range had processing issues and 62% of these had auditory processing challenges, which contributed to their class-room learning difficulties.

Dr. Liliana Sacarin’s doctoral dissertation was the first controlled research to investigate “Early Effects of the Tomatis Listening Method on Children with ADD”. As the first study to use quantitative EEG in a group-design, a Tomatis-group and a control group (no-Tomatis), the statistical analysis revealed significant changes in the brain electrophysiology of the children in the Tomatis group after the completion of Phase I of the program but not in the control-group;  further significant changes in cognitive and behavioral parameters: attention, phonological and speed of processing including standardized behavioral observation were corroborated. Using a group design this research suggests that appropriate systematic sound-stimulation can already re-shape brain functioning including attention, processing speed and also behavior after only the first phase of the sound-stimulation program. Her study design allowed to exclude confounding variable such as other interventions that most children will attend at the same time or in parallel with sound-stimulation intervention (such as tutoring, SLP, OT, Neurofeedback or Brain-Gym approaches).

Jingjing ZHANG; Changxiang CHEN published a randomized controlled study with patients who were affected by stroke. The authors concluded that after the completion of the first two phases of the program, the Tomatis audio training group exhibited significantly improved executive functioning when compared with the controls.

Jingjing ZHANG; Changxiang CHEN published a paper titled: “Tomatis Audio Training on Patients with Stroke”.  A controlled study with adult stroke patients. Researchers concluded that there were statistically significant results in various memory aspects of the treatment group when compared with the controls. The treatment group’s memory recall after two phases of the Tomatis Listening Program showed significant increase in the recall of names and dates. The improvement was also significant in picture- and face- recognition. In addition, spatial awareness as well as long- and short-term recall of stories showed statically significant enhancement.

Dr. Chiara Piccinini published a very recent study on tinnitus in the Italian journal Confinia Cephalalgica et Neurologica 2018; Vol. 28, N. 3: 135-147. The study on 30 adults with tinnitus suggested that the sound stimulation treatment and the field developed by Dr. Alfred Tomatis: Audiopsychophonology could offer a measurable decrease in the perception of the tinnitus and also a decrease in anxiety as measured by the Self-Rating Anxiety Scale.

We are working on further research with both children and adults at this point in time. Here in the US, the Tomatis Method is still considered to be an experimental intervention.  However, there are a considerable number of peer-reviewed research articles and studies which suggest that its effects on learning, behavior, communication, cognition & attention and sensory processing are often beneficial. Therefore, on an individual basis, taking into account the person’s particular diagnosis, if any; neurological concerns; lifestyle; and age at the time of intervention, well-experienced practitioners are likely able to help children and adults in the areas researchers confirmed the effects of sound-stimulation & audiopsychophonology as taught by Dr. Alfred Tomatis.

Feedback from our Community of Parents

“We’ve had our son off his ADHD meds for about a week now.  He’s much better this summer than when we tried the same last year. I am so pleased that we’re not as dependent on the medication anymore.  I attribute much of this change to the therapy sessions that he has been through in your clinic!  It was a slow, gradual change with him as we progressed through the 3 sessions, but they were definitely worth it.”

Our daughter had many issues; speech delay, poor listening focus, sensitivity to loud sounds, difficulties dealing with frustration and transition, body in constant motion or fidgeting, and some other minor issues. She was diagnosed as having hyperacusis ( and ADHD in a general term). After the series of listening program and a few other specialists recommended by Liliana, our daughter is mostly free of all the issues. We are so lucky to have found Liliana. She has truly improved our daughter’s life and her future potential. We can also enjoy her more than ever. She now seems very comfortable in her own body and is thriving! Our only regret is that we did not bring Nadya to Liliana sooner.