ADHD in Teens and the Need to Closer Understand Them

Attention Deficit Hyperactivity Disorder, known to most of us as ADHD, is perhaps more widely acknowledged in our culture today than it is actually well-understood by it. While it was first described by medical researchers as long ago as the 18th century, its exact diagnostic parameters continue to shift to this day as awareness of it grows and its demography continues to shift. For example, while the typical image of a person with ADHD tends to be that of an excitable young child (as you can imagine, its profile is frequently confused with that of its similarly-named cousin, ADD), recent research has shown that its effects are at least as likely to develop prior to adolescence and persist into adulthood. While parents often expect their children to naturally mature and grow out of it, by the time those children reach 3rd or 4th grade these issues are likely to have developed into something even more pressing.  This being the case, an increasing number of parents are seeking diagnoses and treatments for their teenaged children – and concurrently for themselves as adults. (Side note: while ADHD diagnoses have increased over the last few decades, there is almost no evidence to support the idea that the prevalence of ADHD among the general population is on the rise, according to a 2014 study in the International Journal of Epidemiology.)

What Specific Challenges Are There for Teens? 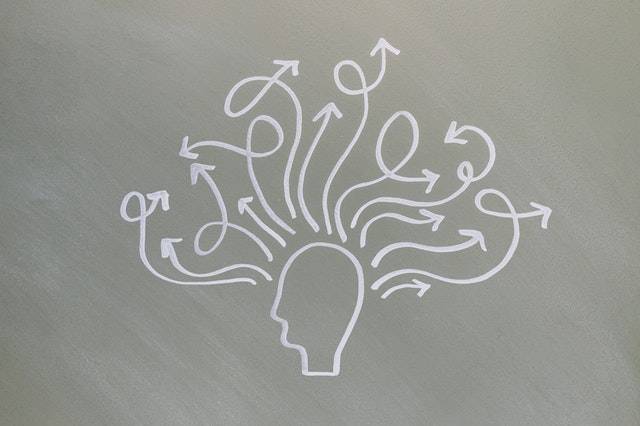 So, what do we know for certain? For starters, teenagers in particular who have been diagnosed with ADHD show an increased tendency toward temporal reward discounting. This essentially means that these teenagers are more likely to discount (or not be motivated by) a reward that is far off in time. Have you ever seen those studies where researchers leave toddlers alone with marshmallows, saying that if they can hold off eating one for five minutes, they’ll be rewarded with two? Those aren’t typically ADHD studies per se, but they distill the phenomenon perfectly – greater temporal reward discounting would translate to the subject not being interested in (or able to) wait, because a five-minute wait is enough to make that second marshmallow not worth it.

Of course, teenagers are responsible for an awful lot more than performing simple actions for simple rewards! So when it comes to this age group, temporal reward discounting describes functional deficiencies in communication, regulation, and negotiation, all of which are crucial to develop one’s ability to learn, relate to others, and imagine the outcomes of their choices. Any adults reading this probably understand that if you haven’t mastered these types of skills before society hands you your adult responsibilities, the adult world itself is unlikely to slow down and catch you up. This is why intervention in adolescence can be so crucial to ensuring a child’s success – and yet going back to the research on this, it seems the hardest part of getting our teens treated is getting them on board with treatment in the first place. What gives?

Well, before we consider trotting out any of the stereotypes about teenagers and peer pressure, let’s acknowledge the research that shows that any social stigma that might be associated with the most common treatments for ADHD (medication and/or therapy, essentially) is NOT the biggest barrier to securing their buy-in; those would be burden and dislike. This research indicates that, by and large, teenagers are reluctant to establish any external dependencies – such as prescription medicines or professional help – since they could be hypothetically at risk for losing access to those methods at any time. While this may come as some surprise given what we tend to assume about this age group, it also points to some of the main reasons why the Tomatis Listening method can be so beneficial in these cases.

Neuroplasticity as Foundation for Perception, Processing and Attention

If you’ve had the chance to read through our pages with information on Dr. Tomatis’s listening therapy you’ll recognize that the aforementioned communication, negotiation and regulation skills are governed by networks in the brain that our method target most effectively: salience, default mode, and the dorsal and ventral attention networks. Just as most research indicates that a “multimodal approach” to supporting learners with ADHD provides the most lasting benefits, the Tomatis method offers much greater flexibility for the patient as they undergo it. Since the reward is intrinsic (no marshmallow per se) and rather occurs through training of specific pathways (stimulation that leads to long-term-potentiation), it gives them latitude to manage their environment and their energy more freely, while learning/maturation takes place. Tomatis therapy operates on the brain’s neuroplasticity, extensively training and optimizing signal processing between various centers of the above-mentioned neural networks to help the brain distribute its processing burdens in an efficient and coordinated manner. The treatment is delivered on a fixed schedule with a defined endpoint, so there is significantly less risk of any kind of “regression” or dependence after therapy ends, since the brain is literally being trained to work more optimally (even make new pathways) and foster independence for itself. In this way, the person receiving the treatment is encouraged to develop their confidence from within as they and those around them begin to notice the changes that take place. It is at this point that we also include the parents so that they can see and learn about the newly acquired processing capabilities and further help their child in developing these.

To learn more about how we work with sound training and apply Dr. Tomatis’ approach we can help you or your family member who is struggling with ADHD, click here.